Hotel breakfast buffets abroad fascinate me!  Hotels know that when people are traveling, many with jet-lag, they have the lowest threshold for experimenting with cuisine first thing in the morning. The breakfast buffet sets the tone for how the hotel chef sees himself and how he views the guests: interesting for what isn’t served as for what is. I was happy to be hosted to experience breakfast at Cascais, Portugal’s Hotel da Marinha!

Breakfast is served in the hotel’s more casual venue, Five Pines. You can also ask to be seated outside, which looks out on their lake and golf course. Their scrambled eggs are exceptionally tasty; my bet is that they are made with heavy cream.

Clearly, they have a lot of English guests: the full English breakfast fixings were served each day, including poached eggs, broiled and herbed tomatoes, sausages, English style rasher bacon, beans. They didn’t serve the traditional mushrooms, though. You can see the bright orange egg yolks, compared to the US: usually, it’s because European chickens eat healthy marigolds. 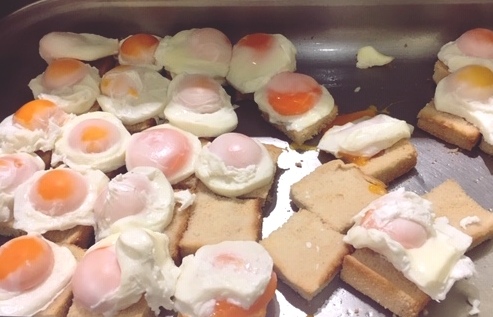 I noticed a sizeable selection that would appeal to vegetarians and vegans, such as soy milk, a variety of breads, cereals, fruits and a little salad: 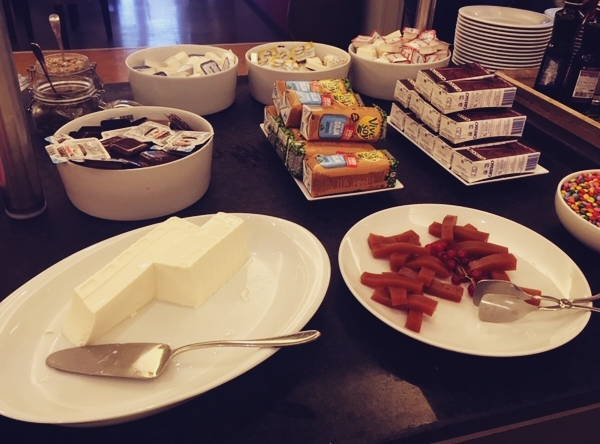 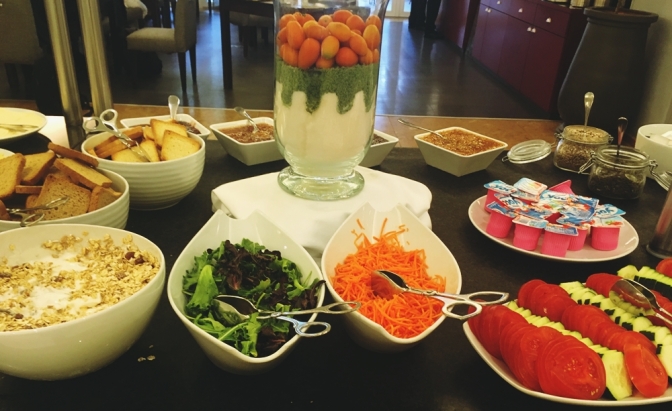 Some days, they had smoked salmon with fixings like chopped onion, hard-boiled egg, large caper berries.

Servers will bring coffee to you or you can create your own espresso drinks from their machine. There are bottles of local still and sparkling water.