Maybe because I won’t drive on highways, the old post, buffalo salt lick and Indian path roads hold my interest. Of course, I am fascinated by the history of the Mid-Atlantic and South. Scenic rides spark my imagination.

Many years ago, I read a few books in the excellent vintage American Trails series. One of the stories from the series followed an older gent who had a wife and a young son. They were walking in Western Maryland back to Annapolis in colonial times. The poor guy, who suffered many travails, really appreciated those few inns that had good food — his favorite while walking was some simple gingerbread with a glass of milk. I’d lay money that one of the bright spots on his journey was at the over 285 year old Old South Mountain Inn, on the Frederick County/Washington County line, on the Old National Road (Route 40). It’s across from a state park, and near historic Shepherdstown, WV, Harper’s Ferry and also, Antietam Battlefield. Visiting these American touchstone places on many occasions, I spied the intriguing old building, but this was the first time I ate there.

They say this about its history:

Founded as early as 1732, the inn has seen history. In 1755 it is probable that General Edward Braddock, accompanied by the young Lt. George Washington, marched his army past on the way to his fatal encounter with the French and Indians near Fort Duquesne.

By the late 1700ís pioneers had begun to roll steadily through Turner’s Gap on the National Trail to settle the land to the west. The South Mountain Inn uniquely served as a wagon stand as well as a stagecoach stop for the heavy traffic passing on the National Road after it was surfaced in the 1820ís. In the years that followed, the inn was visited by many Washington leaders, including Daniel Webster and Henry Clay, and several Presidents. For Clay and Webster particularly, it was a favorite resting spot. Clay was often called the father of the National Road; the road itself was sometimes termed the Henry Clay Road.

During the Civil War period, South Mountain Inn was a part of two pivotal events, the John Brown Raid on Harpers Ferry, and the Antietam Campaign. In 1859 the inn was captured and held overnight as an outpost and probable staging point by Brown’s followers. Three years later it was the headquarters of Confederate Gen. D.H. Hill during the Battle of South Mountain, prelim to the Battle of Antietam.

They have a reasonably priced Sunday brunch buffet ($19.95), reservations required.

When you enter, you’ll find a number of different ambiances, each lent from different historic additions to the inn, including a log cabin type area, a cozy parlor and open, airy greenhouse type room. I noticed a well-dressed, elegant clientele, many with several generations of family. 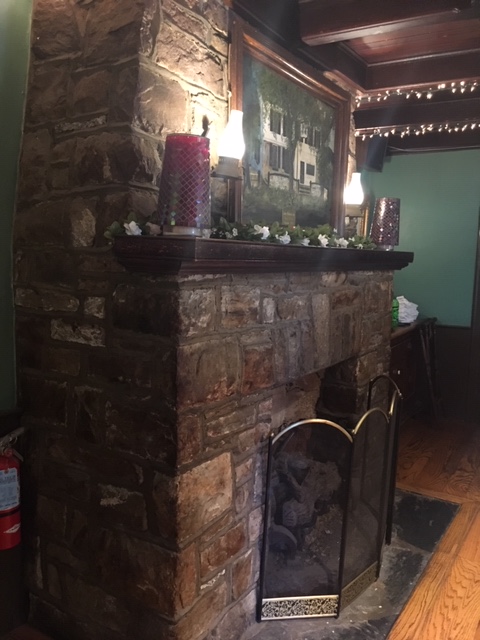 The buffet itself is simple, but fresh. There are salad fixin’s, soup, a juice station. 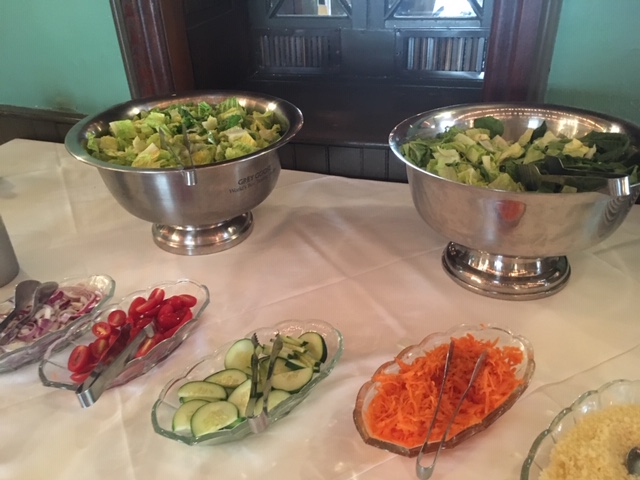 There’s a roast beef carving station, veggies and little slivers of a variety of cakes and pies. I sampled a chocolate peanut butter pie. 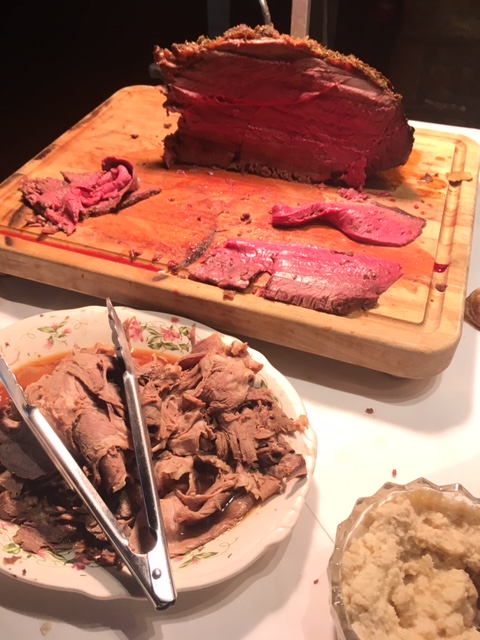 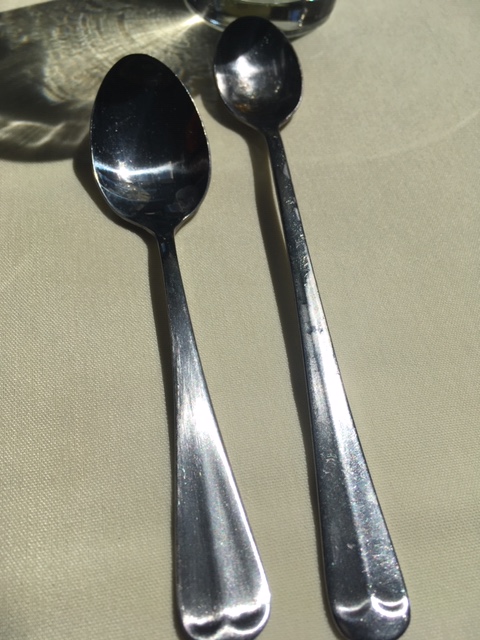