Cascais, Portugal has been a hideaway for well-heeled — and often royal — types for decades. However, it’s not a flashy place, but rather a fine and relaxing resort town by the Cascais Sea/Atlantic Ocean. In what was a palatial home of a 19th century duke and a  beloved poet, is an inn and also, a restaurant: Reserva da Villa. I was happy to be hosted to experience it! 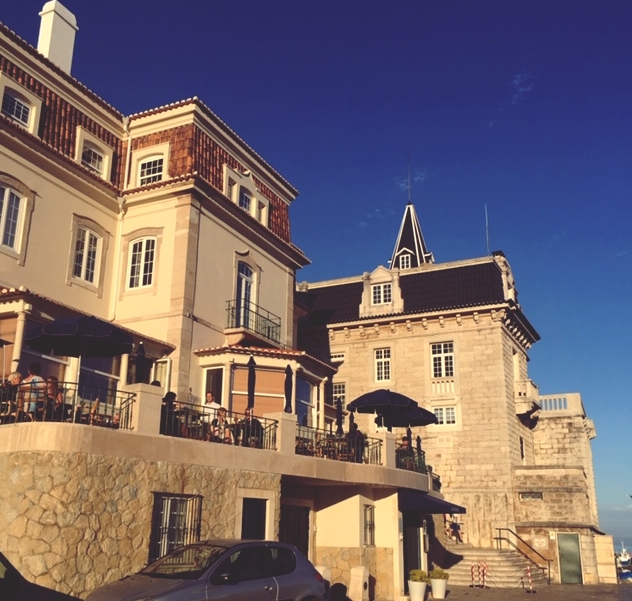 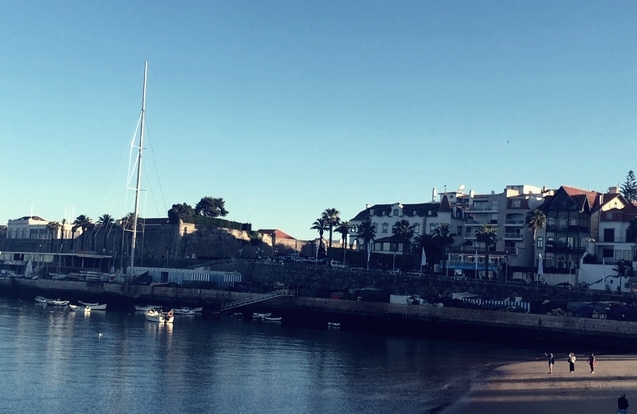 What looks ancient outside, is chic, cool and modern. A special shade of royal blue pervades the interior — though there are some outside tables, as well. There are all kinds of nooks and interesting spaces for different types of gatherings. A guy’s night out around the billiard table? A secluded corner for romance? A family enjoying their kids on the terrace? It’s all possible here . .  . but no reservations for that terrace. Their kitchen closes at 10:30 pm — a touch early for the region, due to the inn upstairs — and the bar closes between 11 and midnight. 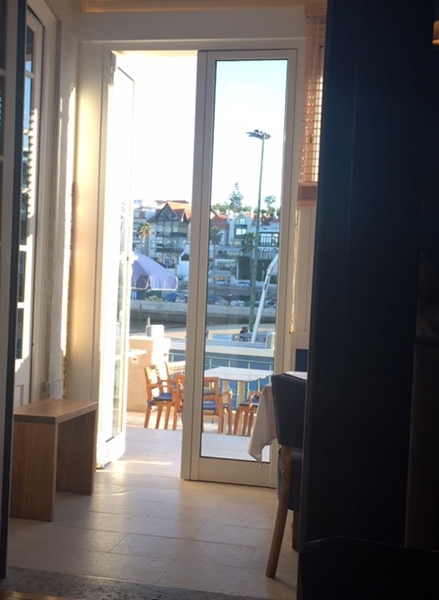 Reserva da Villa is much more than a wine bar, though they excel in offering tasting, half-glass and full glass — along with bottles, of course — sizes. A total of 48 Portuguese wines are available this way, in a full range of price points. Why not try a taste of something exquisite? Their menu is well developed to pair with wine, incorporating seafood, beef, even game. They have a special “Gastronomy with Port Wine Awards” dinner menu. Speaking of great wine, I started with an aperitif of cold white port. This is absolutely something that needs to start trending in the US! It really refreshes the palate.

In Europe, they have at restaurants what they call the cover or “couvert”. They are the little snacks you sometimes see before a bread course or with a bread course and in that continent, there’s a charge for it. At Reserva da Villa, it includes local olives presented with orange.

Something that’s served at different places in Portugal and Spain, but is especially noteworthy here, is their brava potatoes tapas dish with spicy aioli. It’s just the right bite size, just the right crispiness and richness. 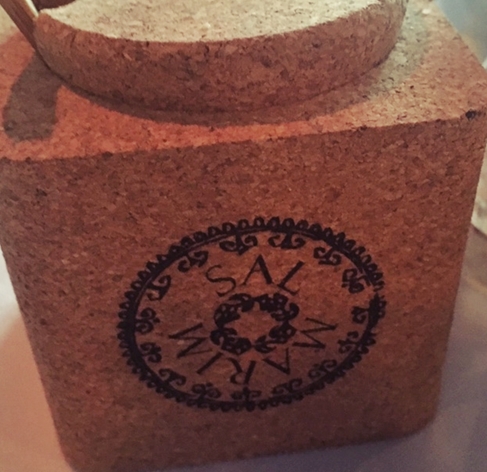 Beef carpaccio was served with pistachios, arugula and Parmesan shavings. 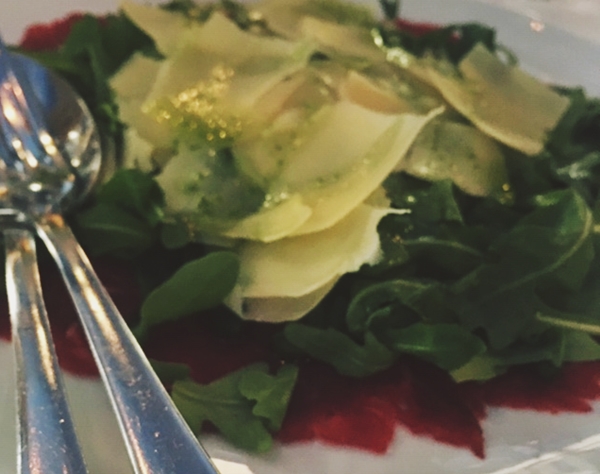 Another starter was fresh lime-marinated tuna.

For the main course, I had what they “grilled txuleton”, served with fries and grilled asparagus. Txuleton are considered Basque-style large, aged rib steaks. This was a perfectly cooked, perfectly marbled meat that went beautifully with “tinto” wine (red wine).

For dessert, one of their specialties is serving ultra rich chocolate mousse at the table out of a massive mixing bowl. With my after-dinner espresso, I noticed that they served the little demitasse with a cinnamon stick. Portugal helped introduce cinnamon to the world!