Icelandair is Iceland’s national airline. Not only can you fly there from several US cities as an ultimate destination, but they also market special layover rates to a bunch of other European countries. In classic Nordic egalitarian style, they don’t refer to their premier level of service as “First Class” or “Business Class”, but rather, as “Saga” — the very ancient name for the epic tales of Viking journeys and conquests. Starting off your trip home to the US from Keflavik Airport will be epic with a stop at the Saga Lounge! I was happy to be hosted to experience it.

The lounge is accessible to Icelandair’s different levels of premium/frequent fliers, as well as certain Icelandic credit card holders, MasterCard World Elite customers, American Airlines Admiral Club members, OneWorld upper level members and a few other flight categories and cardholders, so it’s worth checking it out!

Though the “hygge” lifestyle concept originally took hold in Denmark, it’s clear that Icelanders have embraced enjoying spaces that are cozy, home-like, above fancy. But don’t fear: the Saga Lounge has lots of luxurious features, too. You see that right away in the decor, with sea-bleached colored wood, various textures of natural colors, a crackling fire. You’ll have panoramic views of mountains, the Reykjanes peninsula and Faxaflói Bay. But there are also banks of cushioned armchair with built-in power outlets. Don’t forget your Northern Europe plug adapters! 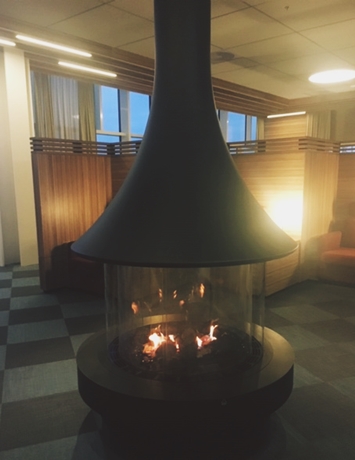 There’s a fridge full of bottles of pure Icelandic water and a local sparking brand. There are beers and even whole bottles of wine chilling.

The buffet table is quite extensive — very favorably comparing to other airlines’ lounges, for sure — with Icelandic specialties like herring, fine bread and crisp crackers and during the holidays, the traditional smoked lamb flatbreads. 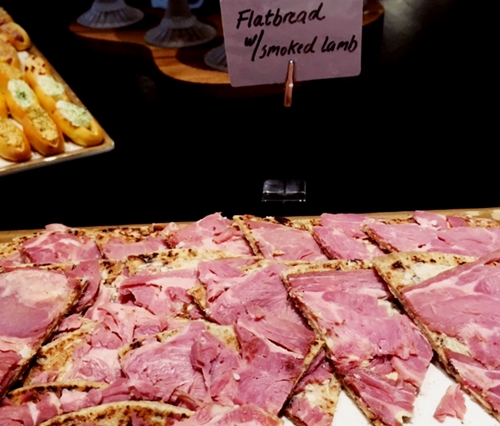 There are beautiful quality continental European snacks, like gorgeous Spanish and French cheeses, with classic accompaniments like olive salad, nuts and preserves. 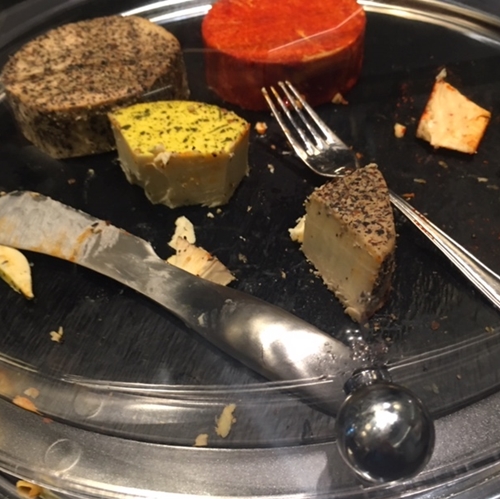 If you feel most comfortable with familiar fare before a trans-Atlantic flight, there were lots of American foods like canapes, baked wings and Tex-Mex soup.

There’s a self-serve bar with top-shelf spirits and locally made options. I tried an Icelandic rhubarb liqueur that was so delightful, I hurriedly picked up a few miniatures at the sprawling duty-free shop on the way to my gate!

There are little stations around the lounge with those Asian rice cracker snacks, to nibble with your drink. There are also a couple of wonderful coffee drink stations, serving the gourmet Italian brand, Illy, along with premium after-dinner liqueurs.

There is also a shower with products from the famed Blue Lagoon. It’s very, very unusual to see a shower in an airline lounge doing medium hauls! 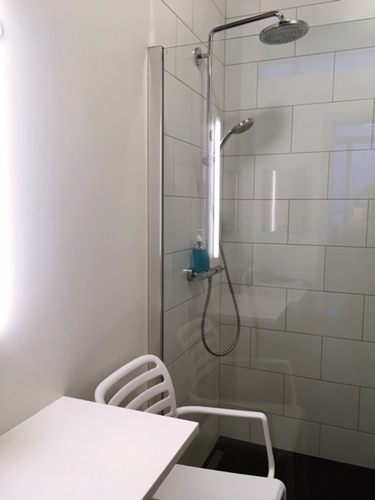 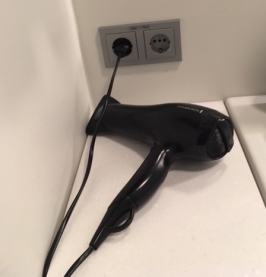 I saw some newspapers, but they were all in Icelandic.