There are times when you want a light, nourishing lunch with the utmost tastiness. As it turns out, it was my birthday in the Finger Lakes and my flight was cancelled due to tropical storms hovering over New York and New Jersey. I was a little on pins and needles, but charmed by Old World Cafe and Ice Cream in Corning, NY. I was happy to be hosted to experience it! 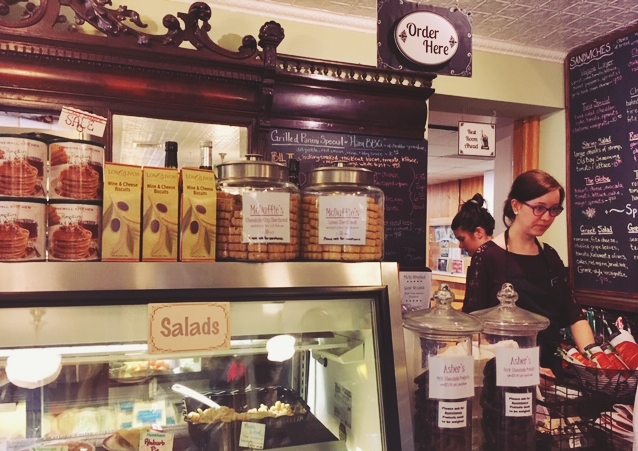 Located in the historic Gaffer District, it’s a short walk from the world-famous Corning Glass Museum. You’ll feel like you stepped back in time, with the Victorian style ice cream parlor, penny candy, wooden cornices and gourmet shop. They carry locally made Purity ice cream . . . I didn’t have any, because I needed to keep it snappy and make my travel arrangements on the fly . . . if that’s not too awful a pun. 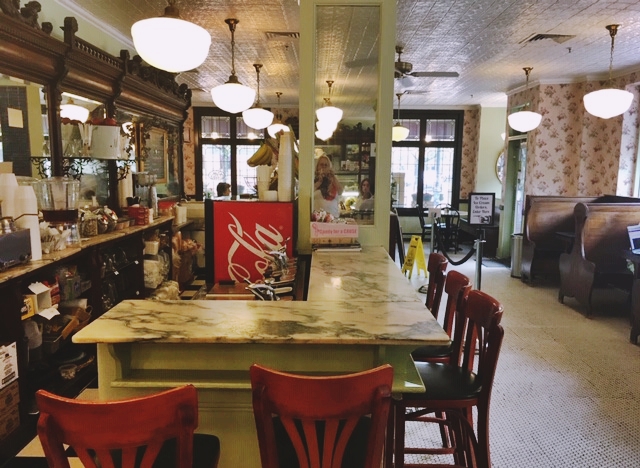 During the summer, they stay open until 9 pm. That’s great for teens, families with delayed arrivals, people who don’t want to head to a bar.

If I lived in town, I would treat the place as my de facto grocery store, with its gourmet jams, international crackers and teas. They also serve freshly roasted coffee. 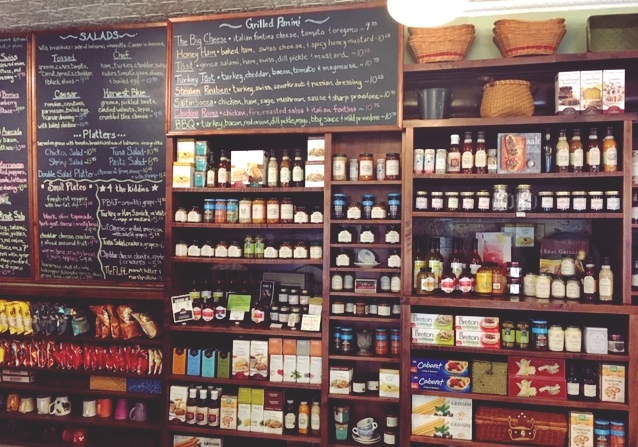 I liked that they make their own salads and soups: I try to stay away from a lot of canned foods with their high sodium content — especially before flying. Their chunky chicken salad with fresh tarragon and Italian wedding soup with lots of kale was tasty and felt like I was eating virtuously. You tend to think of that stuff on your birthday!