One Bastille Day night when I was a little girl, I was strolling along the festive streets with my folks. We were passing by the Ritz Carlton in my hometown and I must’ve stopped with big, wistful eyes, having heard about all the glamor within. My dad pointed up, smiled and said, “Always remember this: you can go anywhere in the world for ‘coffee and’.” “Coffee and what?” I asked. ” He laughed and shrugged his shoulders. “Who knows?” he replied as he waved us into the Ritz.

And so, after a delightful afternoon at the Philadelphia Flower Show, my friend Barbie and I walked in Aqimero, the Latin-flavored bar at the Ritz Carlton in Philadelphia. We saw many gorgeously and formally dressed people around the bar. Barbie hesitated, thinking it was a private event. “No, these are the escapees from a private event,” I replied, as I waved her in — just like my dad had done all those decades before.

The place has a chill vibe, with rosy lights and swinging jazz playing softly in the background. 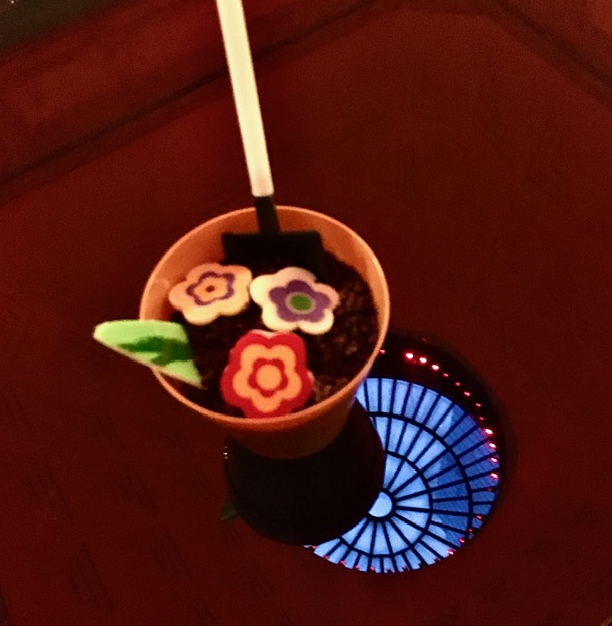 I was intrigued by — and ordered — the Beet Daiquiri. It’s made with Don Q Cristal rum, salted golden beet purée, fresh lime juice and Luxardo maraschino liqueur. Don Q Cristal is well-distilled and aged, to be a smooth spirit in the same vein as vodka. This was a drink with very light sweetness, a good dose of savory, well chilled. Quite inventive and food friendly! 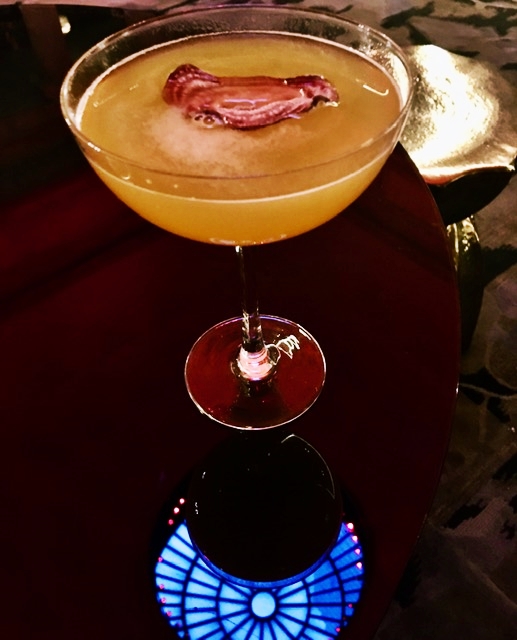 I found out that the cheese and charcuterie board — considered a great sharing plate — always has 2 meats, 3 cheeses and accompaniments. Aquimero has a wood-fired grill; the grilled bread had truly deep, toasty notes, instead of being a mere conveyance for the proteins. The meats this time were prosciutto and a soppressata. The cheeses were Roquefort, Drunken Goat and Manchego. Manchego is a nutty Spanish cheese. Goat cheeses are very popular in Mexico. Garnishes included a melange of olives and a dab of fig puree. 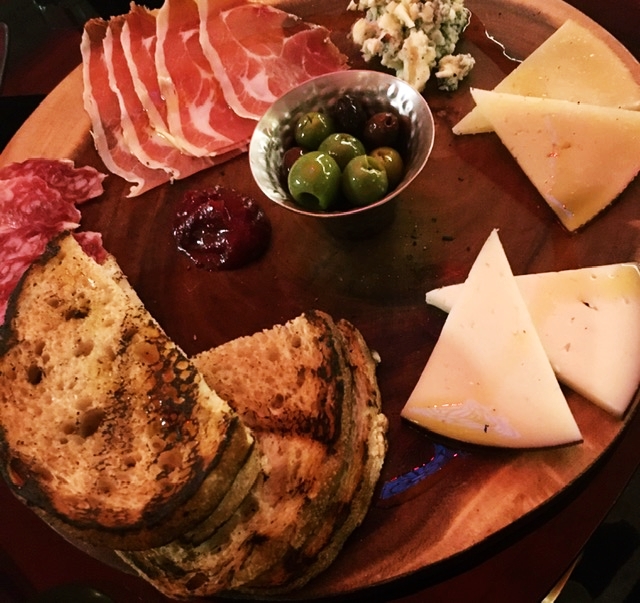 When dining luxuriously, even the smallest touches count. Barbie and I were transfixed by some of the best coffee we ever had, getting ready for the drive back to Baltimore. Turns out, it was a freshly brewed dark roast by Lavazza.

On our way out, we saw a Moet et Chandon vending machine . . . now, that’s the good life! 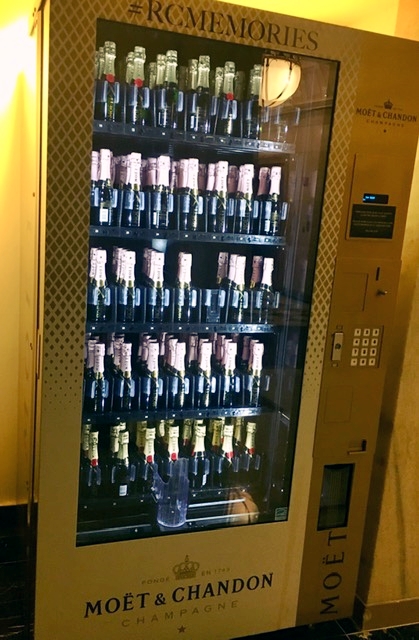