I first learned about Farmacy Brewing several months ago, when they were getting ready to open and do soft openings. I had been carefully planning my first solo trip across the Mason-Dixon Line, checking out maps of the Falls Road corridor for weeks. I wanted to know the landmarks and things to see, in case GPS didn’t work along the way. On a quiet little rural road — MD 88 — I could tell that Farmacy Brewing would be doing special things: they grow their own grains and produce to make the flavors. The produce is apparently of such high quality, several renowned restaurants have purchased it.

The entrance to the farm property is marked by a flag that can get furled around itself in the wind and there are no lights. As the kids say, “because, Baltimore County”. They officially opened the brewery in September. It’s been a family owned horse farm for 4 generations! I went there on a cooler, rainy evening, thinking it would be kinda empty. It was packed and there was live music! 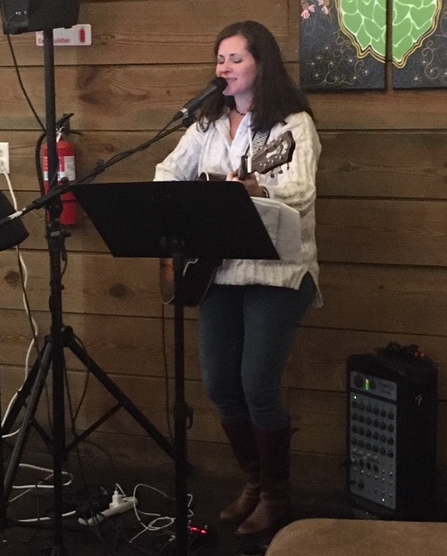 It’s a relaxed, laid-back place: several parents had their kids in tow. I love that you can experience the beers in several sizes and at several price points: 5 oz tasting pours, 16 oz drafts, 32 oz growlers and 64 oz growlers. They create beers in several categories, such as “Hoppy”, Belgian-Style/Farmhouse, Sour, Malty. You can pick 4 for a flight at 5 oz each.

I tried a couple, having some other plans elsewhere, but there were actually a few that piqued my interest. 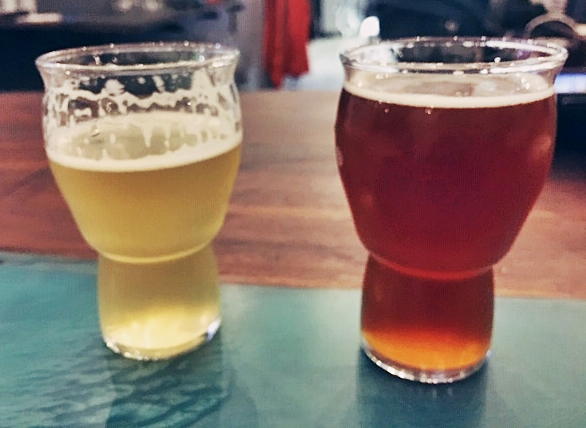 Under the Belgian-Style/Farmhouse category, I tried a little sip of Ginger Table Beer and then ordered a glass! It has 3.9% ABV. They describe it as “light bodied, crisp and refreshing. Ginger root adds a warm and somewhat sweet spiciness”. This tastes like fresh, sweet ginger in a cold, thirst-quenching and lovely format. With a bit lower alcohol content, this is a great beverage to serve on the porch or for other impromptu gatherings. Certainly, I’d suggest it to pair with Chinese cuisine or fun veggie or seafood appetizers.

I also wanted to try something on the other end of the spectrum, so I got Golden Hour, a Dark Saison at 8.1% ABV. It incorporates sun-dried Sungold cherry tomatoes from the farm! This is how they describe it: “This big Saison straddles the line between chewy, boozy, light and crisp. Hints of rum raisin, bread pudding and plum dance along a dry finishing Belgian yeast.” It’s got rich flavor without being heavy. The sweetness isn’t cloying, heavy or dessert-like. It’s unusual, but very tasty! I would definitely suggest this for your holiday feasts: it has notes that would pair well with the substantial foods of Thanksgiving, Hanukkah and Christmas. The higher alcohol notes cut through any richness. It’s got good body, but still light enough as a meal-accompanying beverage.

I have been to microbreweries all over the country, as well as in the Schengen countries and in Scandinavia, but I must say: these were some of the most delicious beers I’ve ever had! I’m definitely looking forward to trying other flavors I didn’t get to, as well as the upcoming seasonal produce flavors.

This farm is very easy to access for folks in Northern Baltimore City, Lutherville, Hunt Valley and Owings Mills.