The mysteriousness of Sintra, Portugal even extended to my lunch at the Penha Longa Resort’s Arola, owned by the Ritz-Carlton. I was happy to be hosted to experience it!

A guard at the gatehouse inquired as to the people in the vehicle. On a foggy, overcast day, the grounds of the resort were noticeably empty. What was going on? The heads of the European Central Bank were meeting there! I spied lots of armed guards. This is definitely a place where you want to make prior reservations and confirm them.

By the ladies’, I noticed some impressive honorary members of the resort’s golf club, including the late President Bush and Prince Andrew.

The interior of Arola has a distinct modern, industrial vibe. The lounge is flooded with royal blue lighting, but the restaurant utilizes natural light during the day.

The table settings have a clean, modern, designer look.

I was able to try some of Portugal’s famous Vinho Verde (green wine). This is wine harvested from the country’s far north. This denotes a young wine, released 3-6 months after harvest. It can be of any color or even a late harvest wine. At this stage, the wine has a slight natural carbonation, which makes it lovely for an aperitif.

They served an interesting, participatory opener: it was kind of a do-it-yourself brushetta, with bread toasts, a garlic clove that you cut and rub on the toast, then spread a tomato tapenade. 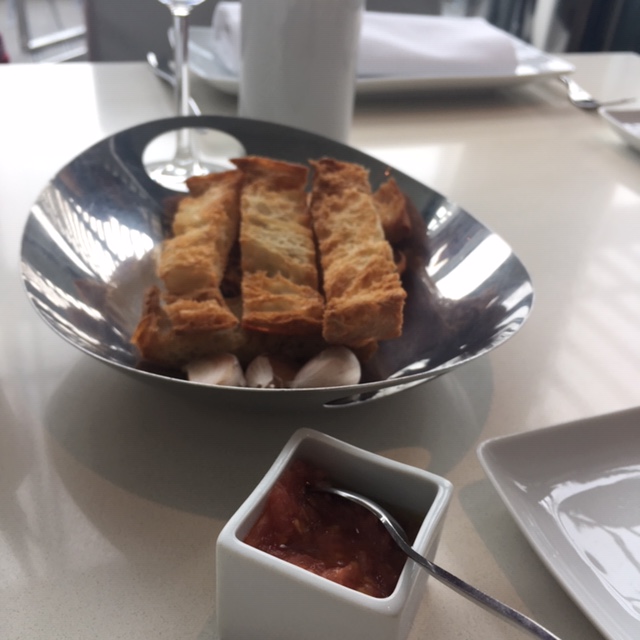 Tomato bread makes for a simple, tasty opener all by itself. 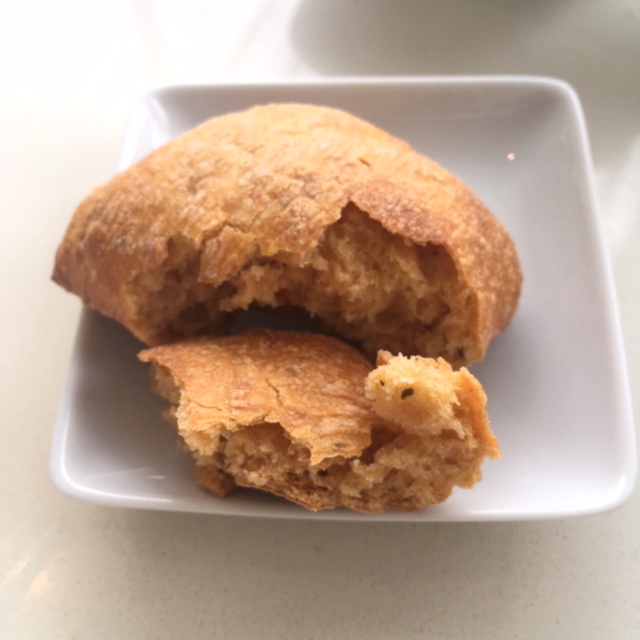 Portugal has ready access to some of the finest, freshest seafood in the world. Many of the locals I asked admitted to eating about 80% seafood in their diet! Sea Bass ceviche was mild, though it looked like pickled herring in the dish.

Spanish Patate Bravas get the elegant Portuguese treatment in mini tot form, with a Sriracha-type aioli.

Here is another delightful Portuguese wine, Douro. It’s a deep, dark red that’s still very smooth and drinkable. Even those Portuguese not from Douro sheepishly admit that Douro is their favorite.