All over the historic town of Wroclaw, Poland are works of art, statues and sculptures. When you think of the importance of this part of the world — the very crossroads of the prehistoric Amber Road and the medieval Via Regia — you see how inspirational it is. There are hundreds of installations around town; this is but a small sampling. 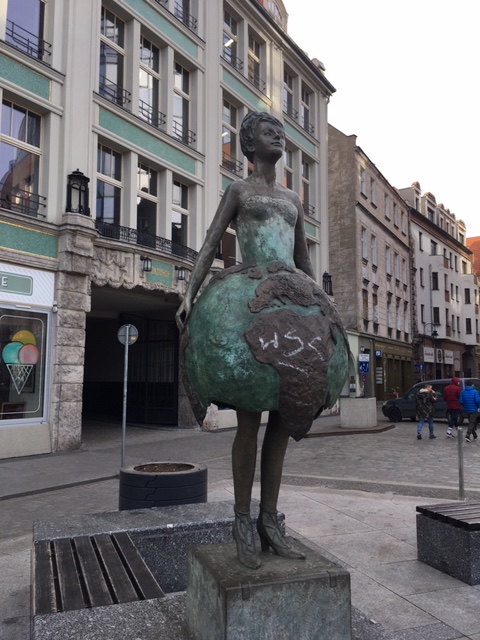 This gal, who is unfortunately is sporting some graffiti, is called “Cristal Planet”. She represents unity in the world and stands at the entrance to the “District of Four Denominations” — Catholic, Lutheran, Orthodox and Jewish houses of worship.

This sacrilegious sculpture is called “Do It Yourself” — located next to a Catholic church, in a country that’s 96% Catholic! Maybe the shock of it strengthens one’s faith. 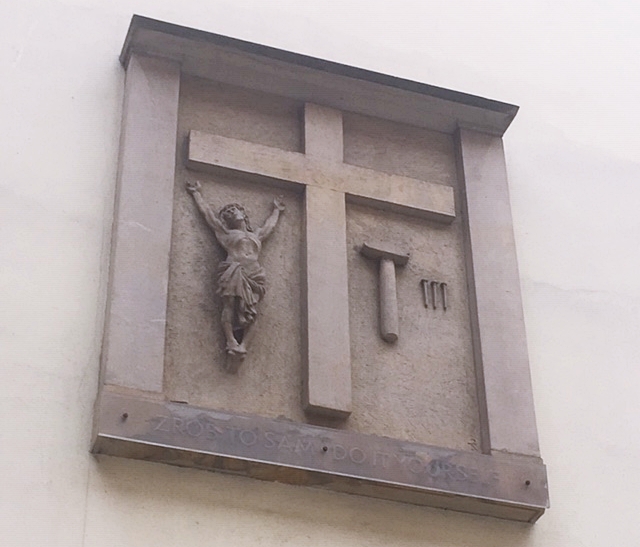 The Wroclaw dwarfs,  symbol of anti-Communism, are everywhere! These fellows have their own “entrance” to a popular restaurant. 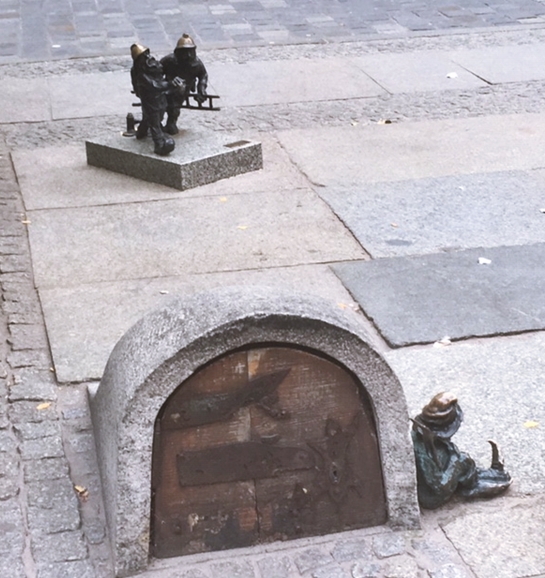 This dwarf had to go to the old city jail: 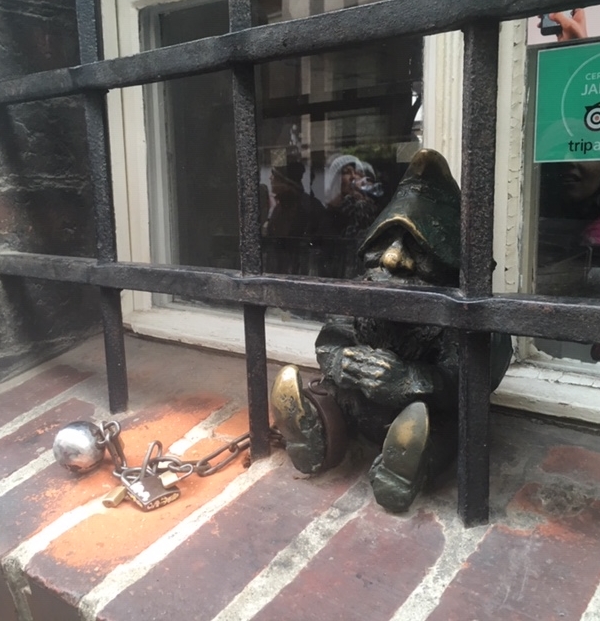 The Fleishman side of my family were generations of butchers in Poland. These sculptures are in the medieval little alley where the town’s abattoir was. They’re meant to be a memorial of the creatures who met their end here! 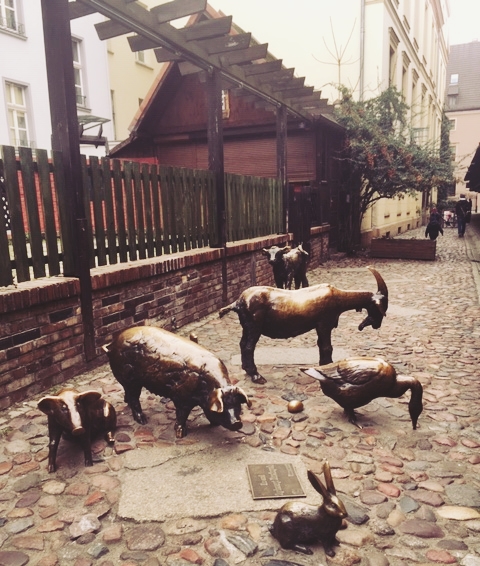 This is a statue of Poland’s first king, Boleslaw the Brave. He was the grandson of Boleslav the Cruel, Duke of Bohemia, who killed his own brother. This brother was Wenceslas, of the “Good King Wenceslas” Christmas carol. 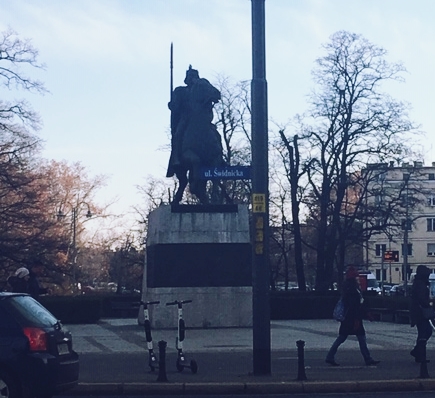 This statue is over 100 years old, “The Swordsman”. It’s said to be a self-portrait of artist Hugo Lederer, who allegedly lost his clothes in a card game. He retains his sword, the mark of a gentleman. Locals snicker that the statue will get his clothes back when a virgin passes by! 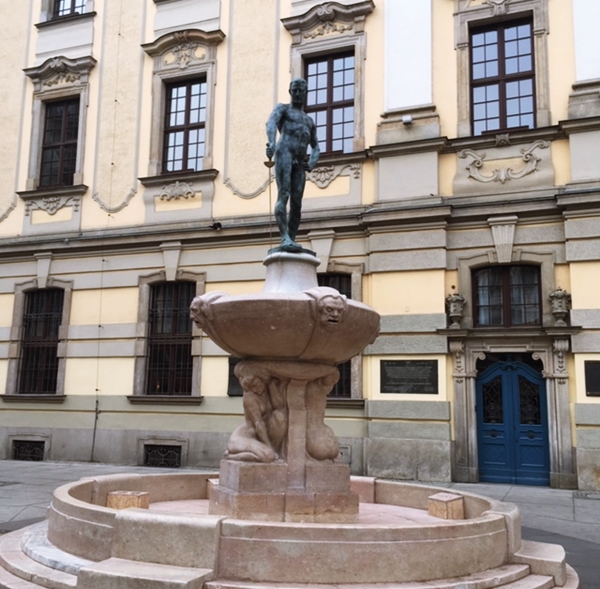 Probably the most famous sculptures in Wroclaw is called “Passage”. It’s meant to memorialize the two years where the Communists instituted martial law and were grabbing dissidents and activists off the streets. People disappeared and were killed. 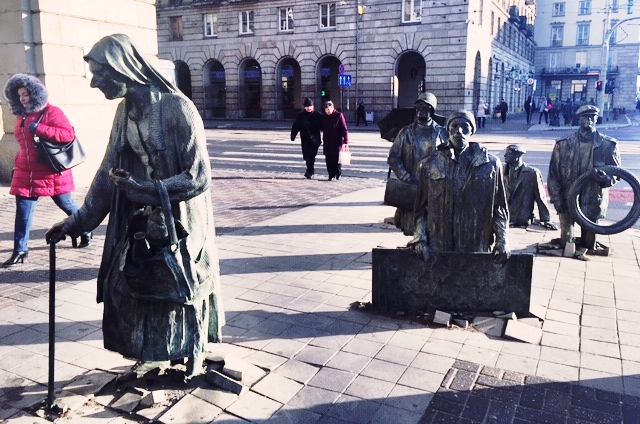