The last royal inhabitant of Zamak Książ was Princess Maria Teresa Olivia Hochberg von Pless, “Princess Daisy”, divorcee’ of Prince Hans Heinrich of Pless. She was said to have been a beautiful English rose, like Princess Diana. Sadly, also like Diana, she died a tragic death. Probably in the same vein, I believe she became entranced with being a wealthy princess. The Pless family was said to have been the seventh richest family in Europe. She came from the British aristocratic Cornwallis family, presumably the same as the General who was our foe in the Revolutionary War. If I had been a friend of hers, I would have yelled at her, “Don’t be a doodlebug! Hold out for someone else!”

But as it was, she married the 11 years older prince in 1891. As she had to live in Germany (what is now Poland), she was isolated from her family, travel being much different in those days. Plus now, she was a married woman who had to cater to the prince. To liven things up. she threw grand parties, entertaining the likes of Tsar Nicholas I, Emperor Franz Joseph, Archduke Francis Charles, Prince Anthony Radziwill of Poland and even Winston Churchill. The money ran out, though and the visitors dried up.

The prince moved Daisy into their “other castle”, then pretty much ghosted her, leaving her to care for their four children. Of these, her daughter died in infancy. WWI broke out and for safety reasons, she and her sons were moved out of the castle and into Berlin. Newspapers accused her of being a British spy. Prince Hans Heinrich remained silent, not standing up for his wife. But she remained busy, volunteering as a Red Cross nurse on the fronts of Serbia, France and Austria.

After the war, when Princess Daisy was 50, the couple divorced. She got to stay in the castle, under what was indubitably a life estate. WWII broke out and she began to suffer from multiple sclerosis. She and her sons all opposed Hitler. Even in her poor health, all on her own, she delivered food parcels to prisoners at the nearby Gross Rosen concentration camp. Then, the Nazis confiscated the castle, kicking her out. Hitler had unfulfilled plans to unearth the cliff on which the castle sits to create an underground city! 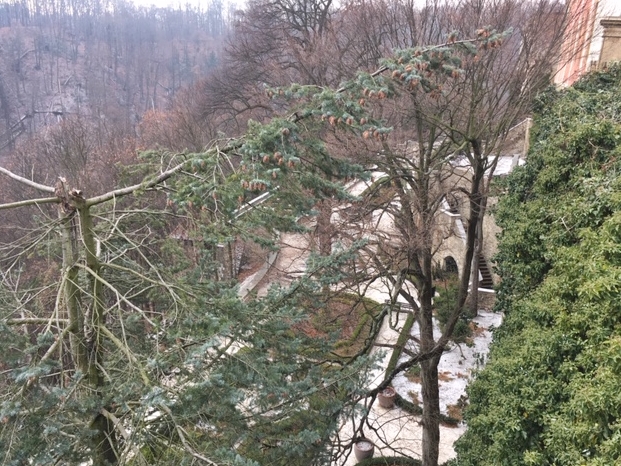 Princess Daisy died in 1943 of a heart attack.

I learned that the day I visited, one of the descendants was getting married on property! Oh, I wish I could have seen that.

The restaurant is in what were the stables. I was happy to be hosted to experience it! The place is decorated with vintage photos of the former kitchen staff. I really feel like I need something like that at my house. When I’m having a sad day, I would feel more noble! So, this will clearly mean that my Baltimore food friends (Hey, YOU!) will have to come over, fix me something wonderful, pose for posterity . . . in full formal chef wear.

I got to try hake fish for the first time, served with a light cream sauce. It’s a lovely, mild white fish in the cod family. It was garnished with beets, chives, a strawberry, a scorched lemon and a mini salad. 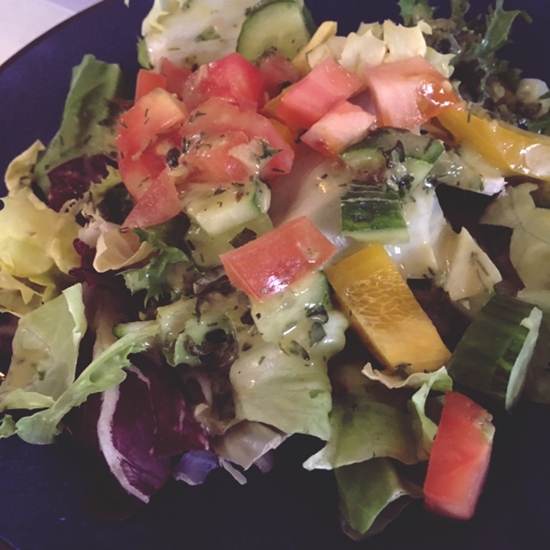 Menus are in Polish, German and English. All of the items have their weights in grams listed. I don’t know if that’s the law or not! I saw that they tend to serve upscale (well, it is a castle!) treatment of local rustic foods, such as wild boar steak and rabbit legs.