On a quiet, elegant Edwardian residential street in Elmira, New York — where Mark Twain wrote his treasured books, in the Finger Lakes region — is a little tavern tucked into one of the homes. The people of Elmira are lucky to have Finger Lakes House, like their own little clubhouse . . . but you can go there, too! I was happy to be hosted to experience it.

Finger Lakes House has a brand new deck looking out on the Chemung River and its rare osprey. Live music is scheduled there. 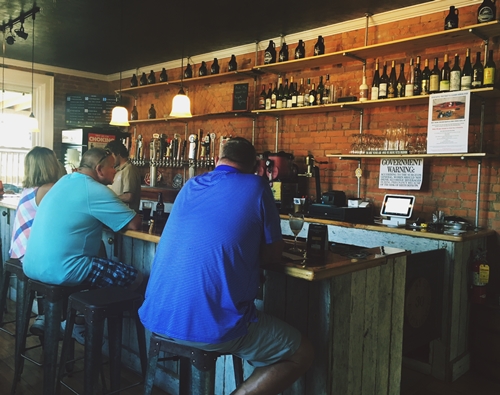 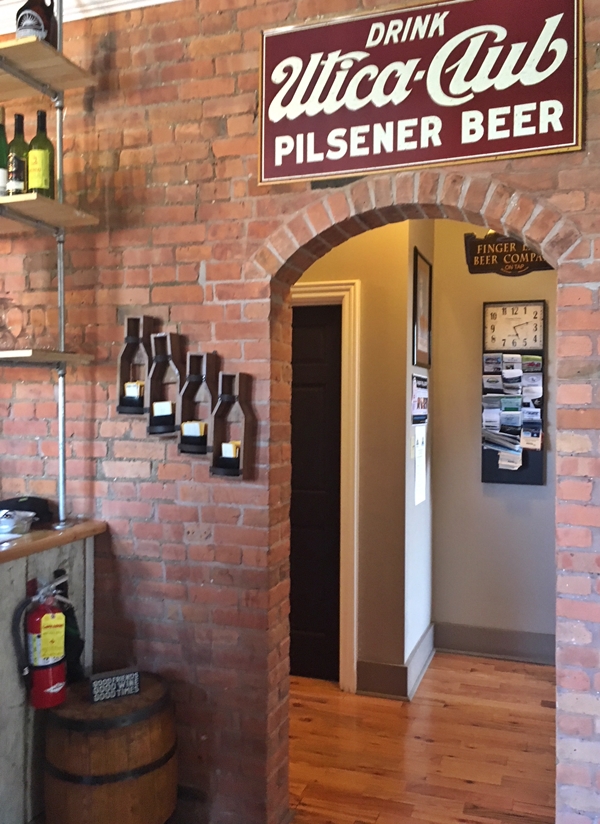 The menu has a strong focus on locally produced beers, cider, wines and food. The Finger Lakes region is world renowned for its wines, cheese, beer and apples. Unlike days of yore, a number of different styles are produced in the area. You’ll be able to find everything from drier, Riesling whites, to demi-sweet sparklers to mid-bodied reds.

I had just hopped off the plane from Baltimore, so I was definitely in the mood for a little snack. Their cheese plate included some tangy garnish accompaniments, along with New York State double cream cheddar, jalapeno cheddar, smoked Swiss and a couple of house-made spreads. One had bacon and Craisins! Different, but addictive! It’s served on a hand-carved cheese board, made into the shape of New York.