It is said that the Duchess of Bedford, a Lady of the Bedchamber to Queen Victoria, invented the idea of a late afternoon snack of tea, most commonly Darjeeling, with cakes and little sandwiches. This light meal is “afternoon tea”, while “high tea” is not so . . . “U”, as the Brits might say.

I first visited London as a little girl, in the era of then “Lady Di”. Of course, my mom took me to afternoon tea! We went to Harrod’s and to one of the hotels. There was a time when I would treat myself — or, some gentleman swain would treat me — from time to time to afternoon tea. It was an occasion to wear a pretty dress and a hat. One time, I was seated next to Stevie Wonder for afternoon tea! But, like so many wonderful things in life, it seems that before I realized it, the tradition had all but evaporated.

But there is a place where the soothing, gently social repast still exists: for guests staying at Taneytown, Maryland’s Antrim 1844! In the parlor, classical music plays and people relax surrounded by fine antiques. Just like “over the pond”, they serve house-made scones, clotted cream (a heavy cream spread with richness and tang), cookies and little finger sandwiches with — of course! — the crusts cut off. That’s just simply how it’s done! Theirs that day were made with aged ham and cheese. 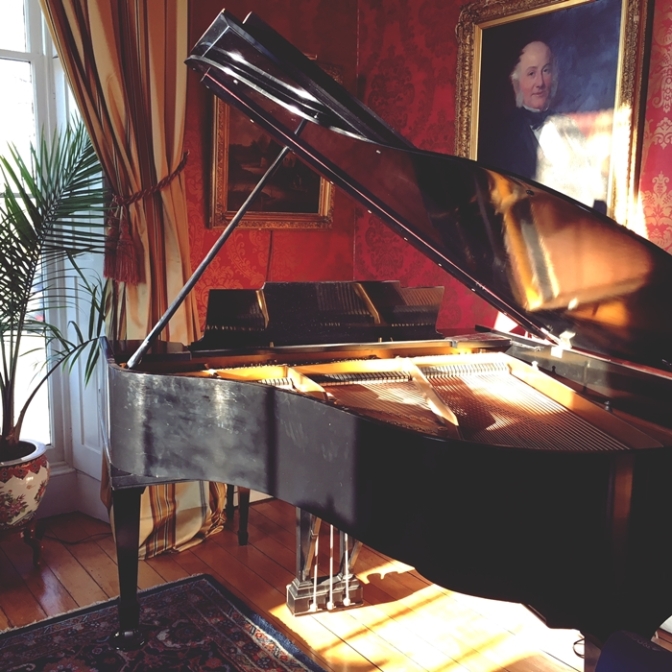 There are a selection of fine quality herbal, black and green teas, which you fix yourself — just they did in the homes of the British nobility.

Some people were carrying on quiet conversations, while others were savoring a good book along with the savories.