There are a couple of international airlines that bifurcate their lounges into Business and First Class. While I have visited Lufthansa’s Business Lounge in the past, I never had the opportunity to experience their First Class offer — the Senator Lounge. Recently, I was flying out of Dulles/IAD on TAP Portugal Airlines, another member of the Star Alliance network. It’s really worth checking out reciprocal lounges at airports where your plane doesn’t have its own lounge! My ticket garnered me admission to the Senator Lounge. 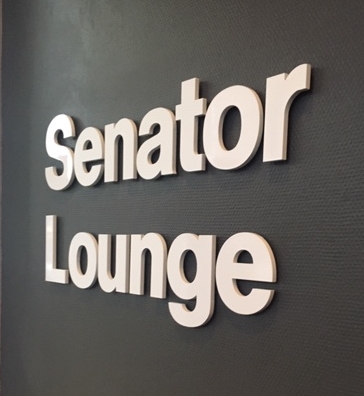 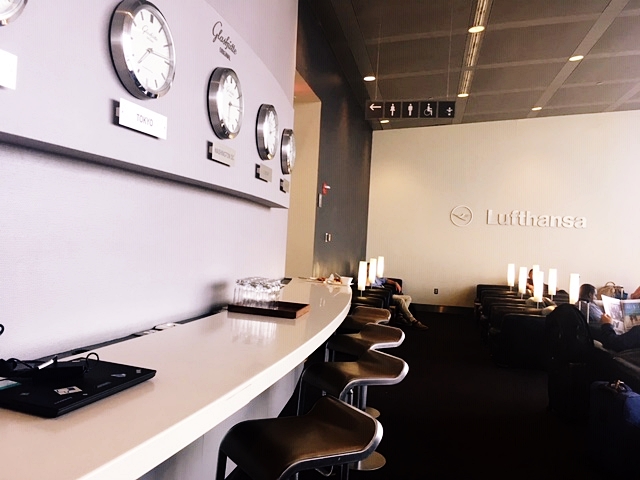 The lounge is very cool, uncluttered, modern and soothing. It seems to encourage a respectful level of hushed atmosphere, unlike some lounges’ bedlam. Other than the bar stools, each seat is a leather armchair with its own electric outlet for charging devices. While I didn’t see their shower facilities, their marketing materials say there is one at IAD.

There were several German language magazines available, as well as an English language Elite Traveler magazine. It’s good to keep up with what the well-heeled set is up to! 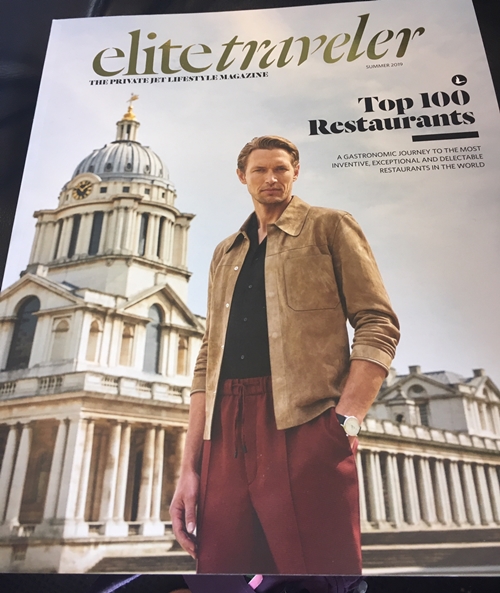 Having visited both Germany and Austria, I’m a little familiar with some of their unique gourmet offerings. I feel that the Senator Lounge’s strength is with the German food and beverages, not so much on the others. There was an odd blue cheese/olive/mushroom spread that was not attractive in the container and its flavor matched. A deconstructed Italian chicken or meatballs with noodles was lacking in seasoning and not appealing without a Sterno heater keeping it hot. Plus, I don’t like the idea of drippy sauces in a situation where you are about to embark on a long haul flight.

Stick with the German specialties! Mini sandwiches with their famous Black Forest ham were both tasty and nicely presented. The ham is not too salty, not smoky, just flavorful. Grilled veggies were tasty. 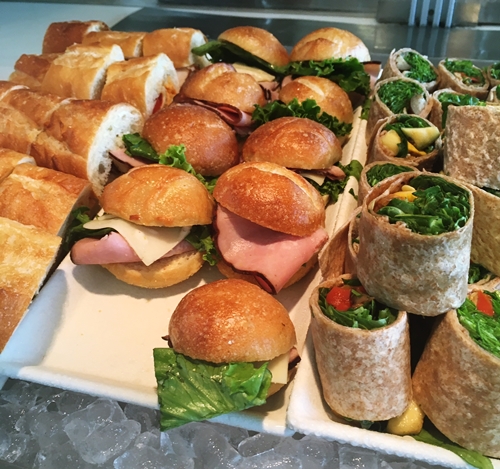 They had gummy bears — a classic German confection — in jars, along with wasabi peas . . . which are fantastic together! Somebody there has a great sense of flavor. 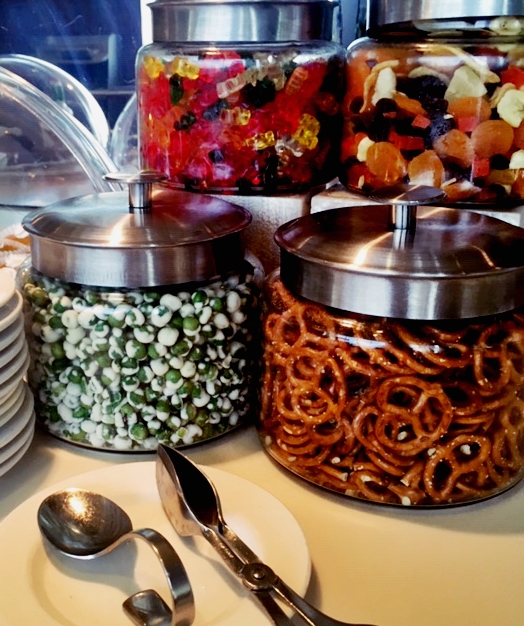 Blaufrankisch wine is said to have origins from the Middle Ages, under various synonyms for “Frank”. Some say — and I had heard this in Austria — that the term may derive from the blue francs used by Napoleonic soldiers, but this is probably (like, bet your house on it) not true. The blau (blue) more likely denotes the deep, dark, purple color of the wine. It’s a Central European treasure, however it got its name! The lounge was serving a Blaufrankisch from Austria that they say has notes of “fresh, dark, ripe cherries with a velvety finish” that they suggest pairing with roast chicken or grilled meats. I noticed true cinnamon — the floral kind, not faux cinnamon cassia — without an intrusive tannin bite, along with fresh cherry flavors. It has a cherry and wood nose. It’s quite drinkable, even without food! 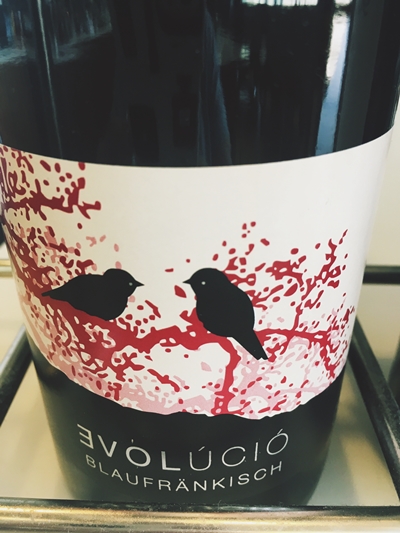 Most of their beer selection is American, including a “Vienna style” lager. 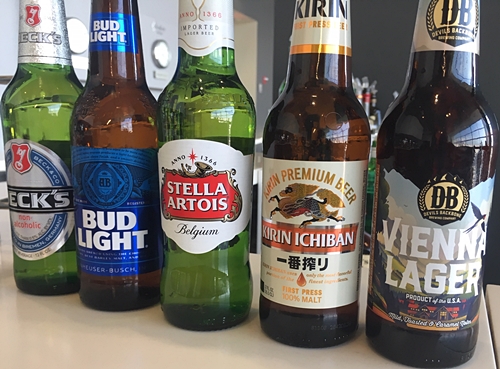