The quirky Hampden neighborhood of Baltimore — the adjective is so frequently used to describe it, it’s practically part of the name — contributes to what makes The Charmery so special. This ice cream parlor is packed with people both day and night, a true Baltimore success story in an era when the city has drawn such negative press. It’s not on Maryland’s “Ice Cream Trail”, a tourism designation meant for rural dairies that make ice cream. Instead, you’ll find it right on “The Avenue”: 36th Street.

But if you saw behind the scenes — like I got to tour! — you’d see they were making their gourmet creations in the space the size of a walk-in closet. Now, they’re about to break ground at the new Union Collective in Medfield: manufacturing and retail anchored by Union Craft Brewery. All of the ice cream will be made there to supply the two shops and is scheduled to open in sprinhttp://hubpages.com/hubtool/create/edit/5071722g of 2018. According to co-owner David Alima, there may even be a third shop down the road! But don’t fear: the Hampden location is the heart of The Charmery and won’t close.

The Hampden location was once the Chestnut Pharmacy, which featured an old-fashioned soda fountain at one time, but mom-and-pop pharmacies have a hard go of it these days. The Charmery kept their original Art Deco sign! Before the ice cream parlor opened, it temporarily served as a pop-up art gallery. Local art still features prominently on the walls, along with a good helping of kitch — there’s even an Urkele doll!

The inspiration for The Charmery came from Alima’s travels around the world, with cities having iconic ice cream parlors and signature flavors. To that end, he just knew that one of the flavors had to have Baltimore’s famous seasoning: Old Bay. It did take a while to find a good match for the spicy, sweet, salty blend. Finally, he went with caramel, which went over like gangbusters. Another crowd pleaser: the annual Ice Cream for Breakfast Day. I couldn’t get in, the lines were wrapping around the block. Flavors like Saturday Morning Cartoons, Whole Bean Vietnamese Coffee and Hair of the Dog with bourbon, honey and fresh grapefruit really pulls the whole area in.

They use premium organic, non-GMO milk from Trickling Springs Creamery in nearby Pennsylvania. Also, unlike many other brands, their fruit ice cream uses fresh, ripe produce, opposed to icy, pre-frozen substitutes.

One of their most exotic flavors was foie gras-rhubarb, created for the Corner, one of the neighborhood’s nose to tail focused restaurants.

Was there any flavor that folks didn’t favor? Yes: the free giveaway of hot dog sorbet.

The shop offers a mix of favorites, such as deep, dark Tell Tale Chocolate and Otterbein Sugar Cookie, alongside limited edition flavors like Brown Bread and Mango Sticky Rice. They also offer premium add-ins, like handmade marshmallows. A “frequent flyer” card — called The Big Dipper — affords you a spin of the Wheel of Wonder to claim your delicious prize. Though they do sell pints, etc., to go, I’ve learned that they won’t go the super-commercialized grocery store route. 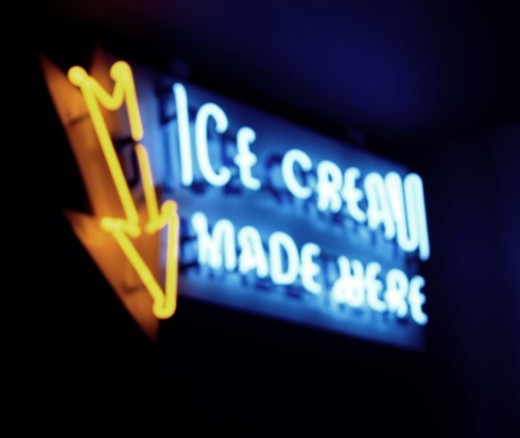 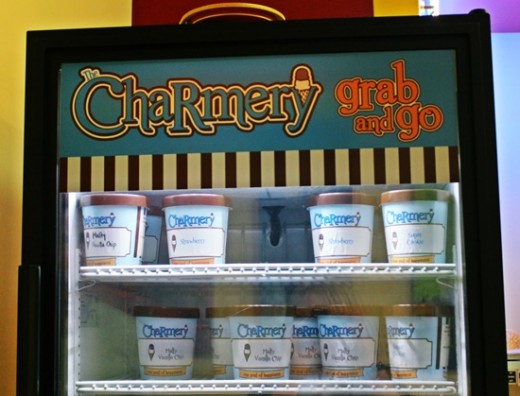 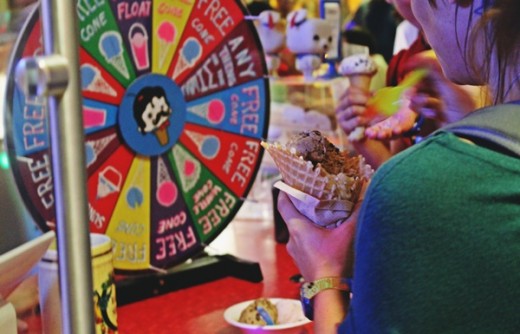 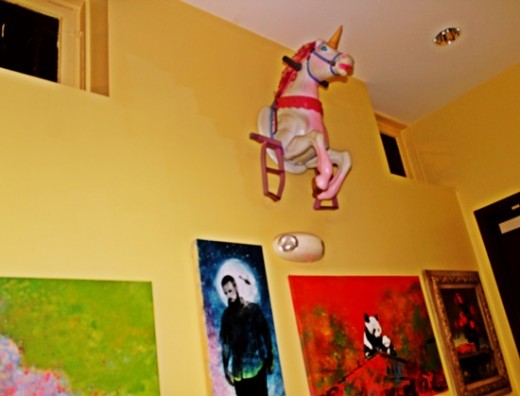 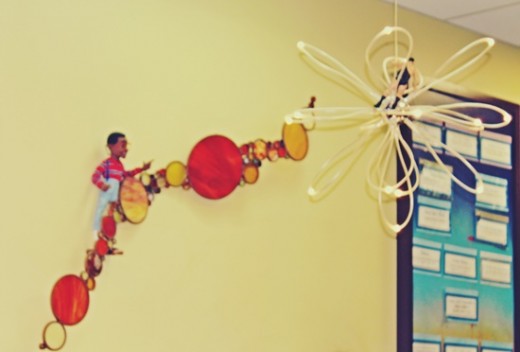 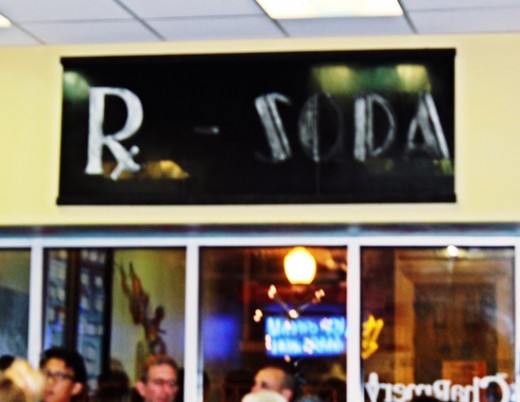 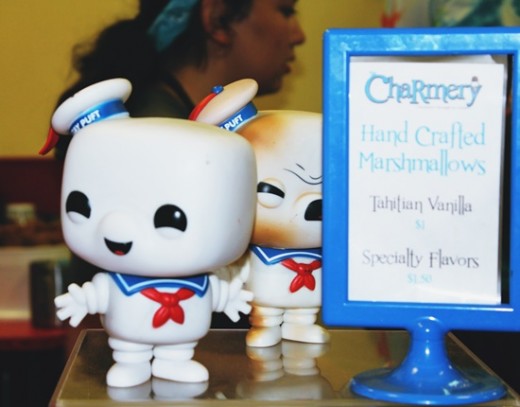