I have always felt that if I had to travel back in time, I for sure would want to stick to the Victorian era or later: so greatly do I appreciate indoor plumbing. When you’re just regular traveling, it can be hard to find a bathroom. So, I regarded with curiosity the large attraction in Lisbon, Portugal — next to Can the Can restaurant — no pun intended.

I was a little hesitant about checking it out. One time, I was in a lovely restaurant in Belgium that had a unisex bathroom where the stalls were see-through glass that would supposedly fog up once you locked the door. I don’t have good luck with mechanical things, so I held it in. Then, there are the infamous “squat toilets” of Taiwan, which just make me shake my head in sorrow. They don’t work well for me, either.

Renova is a Portuguese personal paper company, selling tissues and toilet paper. Apparently, their claim to fame is getting a French photographer to take sexy pictures and connect them to going to the bathroom. And so, they’re behind (ha ha) The Sexiest WC on Earth.

First, you pass the gift shop. A toilet paper gift shop! As you can see, they create toilet paper in all kinds of colors and even, different designs. That used to be big in the US, at least in pastel colors, but we’ve felt for a long time that maybe inks aren’t a great idea for personal hygiene. Many years ago, I went to Toronto with my dad in his Town and Country station wagon. We came upon lavender colored toilet paper in a store and loaded up the whole vehicle with rolls and rolls and rolls of it . . . as a souvenir for my mom. That went over like the Hindenburg.

After you pay your admission fee, you pick out a roll for your own use. What color to pick? I kinda didn’t want to overthink it. It was bad enough that I was standing around, taking photos. The space is low-lit, with sexy photos . . . for romance?

The doors go ceiling to floor, so that’s nice for privacy. The place is immaculate, to its credit. 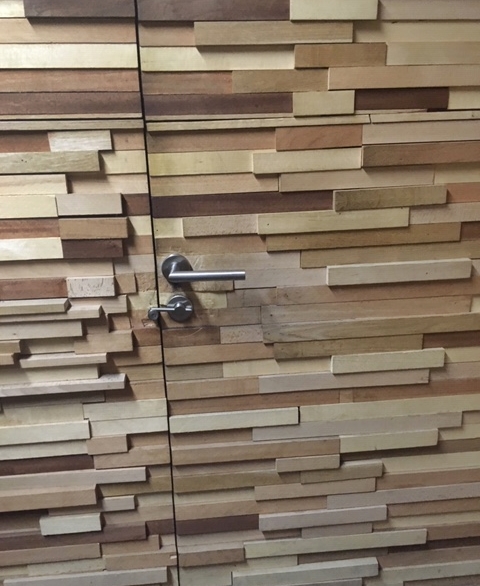 Afterwards, you wash at a communal sink. Europe is so green. 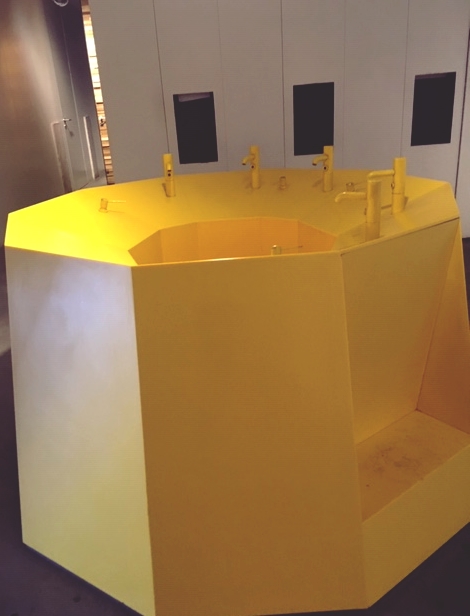